Water is the most broadly used material today in industrial processes. Whether it is used in the manufacturing of products or in the cooling of equipment used to manufacture products, water plays a critical role is just about any manufacturing process imaginable.  With so much being consumed and it being such a vital commodity, optimization of water for use, re-use, and disposal is critical to efficient industrial processes. 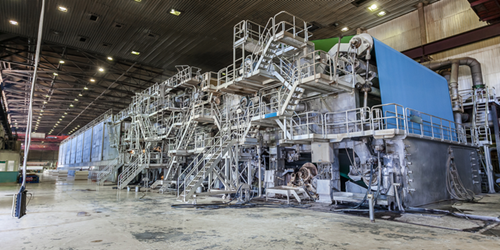 Paper is composed of many different components that must be combined to form uniform sheets with specified properties. Flocculants are the key component in this combination of fibers, fillers, and other additives in paper manufacturing. 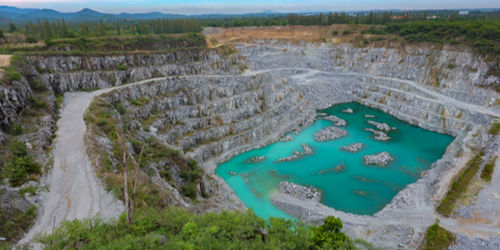 Mining production streams are often filled with many different types of metal and minerals.  These metals and minerals need to be seperated from the production steam in order to obtain pure products and increase the quality of wastewater.  Flocculants are used to ensure seperation occurs as efficiently as possible,

POLYOX™ Water Soluble Resins are polyethylene oxide polymers that are well suited for use as water treatment flocculants.  Large molecular weight grades of POLYOX™ adsorb onto colloidal materials such as silicas and clays to promote the agglomeration of high strength flocs that can be easily separated from water.  In addition, POLYOX™ exhibits a high affinity for pulps and fillers making it an excellent retention aid for paper manufacturing.

POLYOX™ adsorbs onto the surface of silica based substrates by forming hydrogen bonds between the ether oxygen of the polyethylene oxide and the hydroxyl groups on hydrated silica particles.  The hydrophilic nature of POLYOX™ leads to a competition between hydrogen bonding with water in bulk versus the surface hydrated layer of the oxide minerals.  This competing force leads to the formation of tails and loops on the surface of the silica particles that in turn hydrogen bond with other suspended solids causing the development of agglomerations or "flocs". 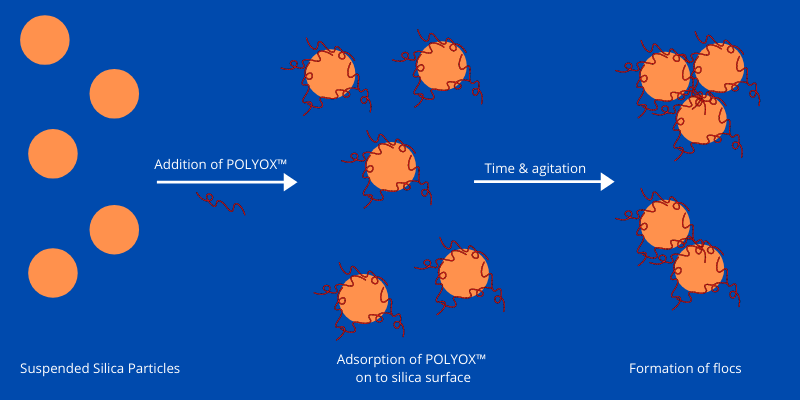 As the graph above shows, flocculation of silica with POLYOX™ WSR 308 begins at 0.5 ppm and has a maximum effect at 2 ppm.  This is a much lower addition rate than the typical 10 ppm needed for other common flocculants.

The flocculation performance of POLYOX™ WSR 308 was also compared with commercially available cationic, anionic, and nonionic polyacrylamides (PAMS) that are commonly used in water treatment applications.  Again the turbidity of a silica suspension was measured to determine the effectiveness of the added flocculant. 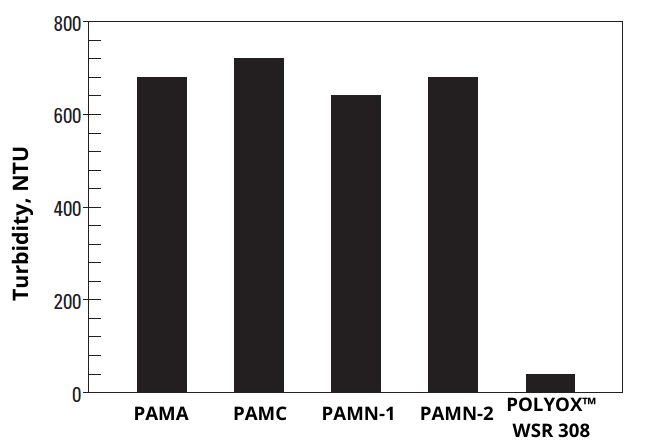 The investigation discussed above shows that POLYOX™ polymers are more efficient flocculant than other common chemicals like polyacrylamides.  Clarification of water with a high siliceous content can be dramatically enhanced by using POLYOX™ polymers while reducing the overall cost of the water treatment process.  In addition, due to the nonionic nature of POLYOX™ and the mechanism in which it flocculates, POLYOX™ polymers can be blended with other commercial flocculants to further enhance existing water treatment processes.
Contact Us About POLYOX™ Water Treatment Flocculants