Have a ChemPoint expert contact you.
Ask a question

BioExtend™ high performance antioxidants function as stabilizers in biodiesel to improve the stability and shelf life of your biodiesel. Fuel oxidation cannot be completely prevented, but the right antioxidants can slow down oxidation dramatically. Biodiesel antioxidants work by interrupting the oxidation process in fuel. Biodiesel is fatty acid methyl ester (FAME), and all fatty acids are oxidized via a free radical oxidation process. During the propagation phase of free radical oxidation, when free radicals react with oxygen, antioxidants work by reacting with the fat radical to form a stable radical. This prevents oxygen from reacting with the fatty acid to form peroxides. Peroxides are bad news since they attack other fat molecules in the biodiesel, and eventually cause the formation of  decomposition products that cause rancidity in the fuel and affect OSI (Oil Stability Index). In addition, the presence of metal contaminants in biodiesel accelerates free radical fuel oxidation as the metal ions act as catalysts during the initiation phase of fuel oxidation. Chelating agents help by binding with the metal ions to slow down the initiation phase.

Eastman has been producing fuel antioxidants for more than 50 years, making them one of the most experienced producers in the energy and biofuel industry. In addition, Eastman has a proven track record of superior oxidative stability with BioExtend™ antioxidants in a variety of biodiesel feedstock vegetable oils including soy, palm, sunflower and rapeseed oil. Click on the grade pages below to read more about the Eastman biodiesel antioxidant product offering, and request a sample today! 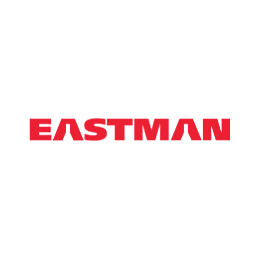 In order to use our site's features, we recommend you switch to one of our supported browsers, such as Google Chrome, Mozilla Firefox, or Microsoft Edge.