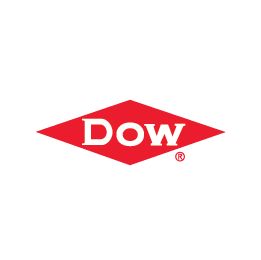 Synthetic latex is used extensively in water-based paint and adhesive formulations.  These latices are composed of water insoluble polymers that must remain colloidally stable when stored, subjected to shear, or incorporated into a formulation.  There are two main techniques for stabilizing latex emulsions: electrostatic stabilization and steric stabilization.  Electrostatic stabilization arises from ionic groups on the surface of the latex particle repelling each other.  Steric stabilization occurs when bulky groups at the surface of the latex particles keep the particles from agglomerating.  These groups are typically surfactants or protective colloids like CELLOSIZE™ Hydroxyethyl Cellulose. 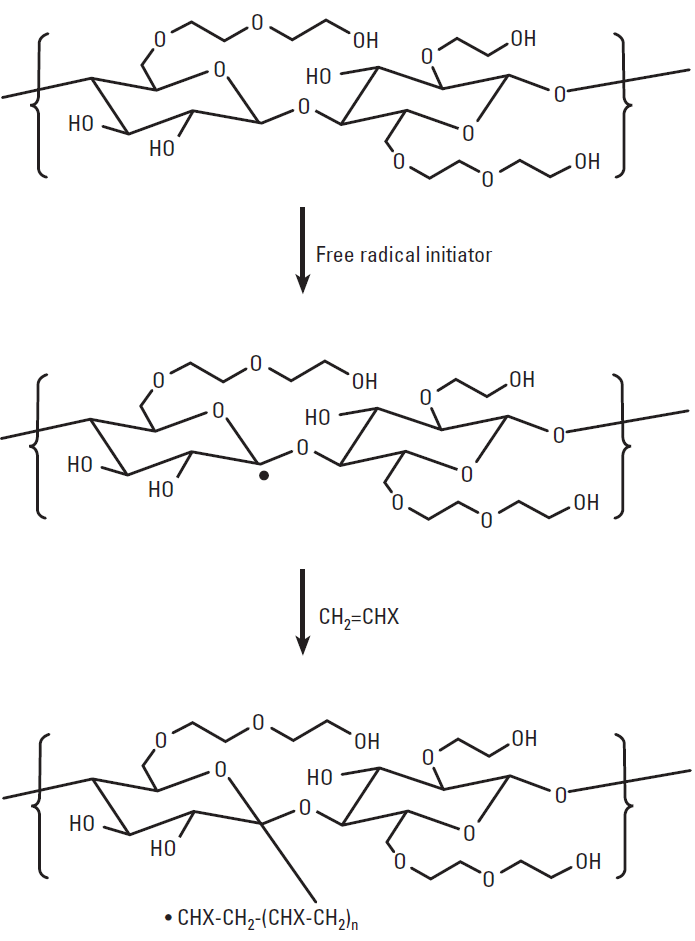 Due to the hydrophilic nature of HEC grafted to the polymer, water molecules are "bound" onto the surface of the polymer particles.  This "bound" water acts as a transition layer between "free water" in the emulsion and the hydrophobic polymer phase.  This in turn provides stability to the emulsion.  This effect is illustrated in the diagram below. 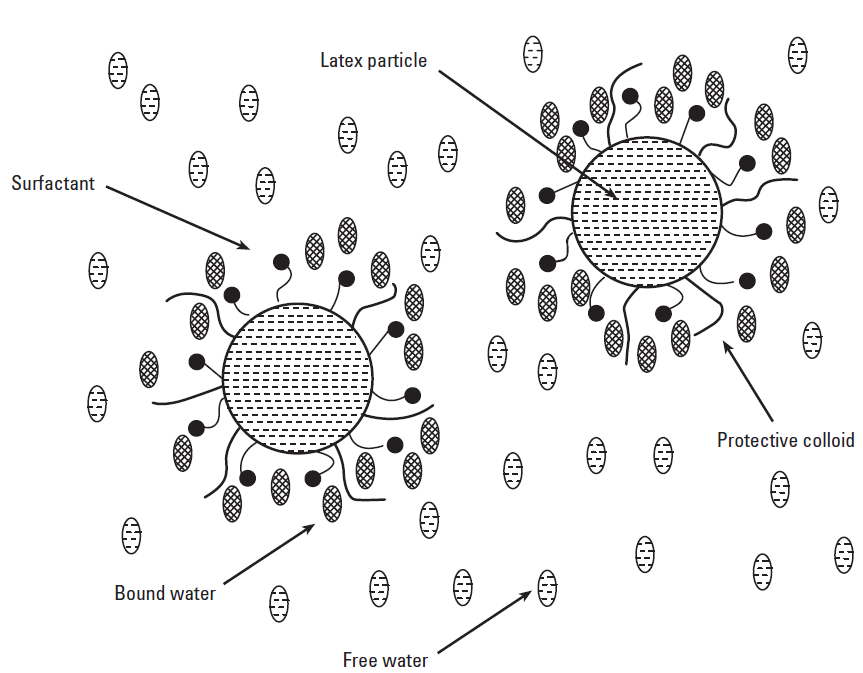 This grafting of HEC to the polymer is not the only reaction occurring during polymerization.  The backbone of HEC is also being cleaved to some extent resulting in smaller HEC fragments.  The two possible reaction routes will normally occur simultaneously with one route being favored based on the reactivity of the monomer and chemical structure of the HEC.   HEC that is not grafted to the polymer does not provide optimal stabilization to the emulsion.  For this reason it is important to understand which CELLOSIZE™ grade is best suited for your system.  The competitive reactions are illustrated below. 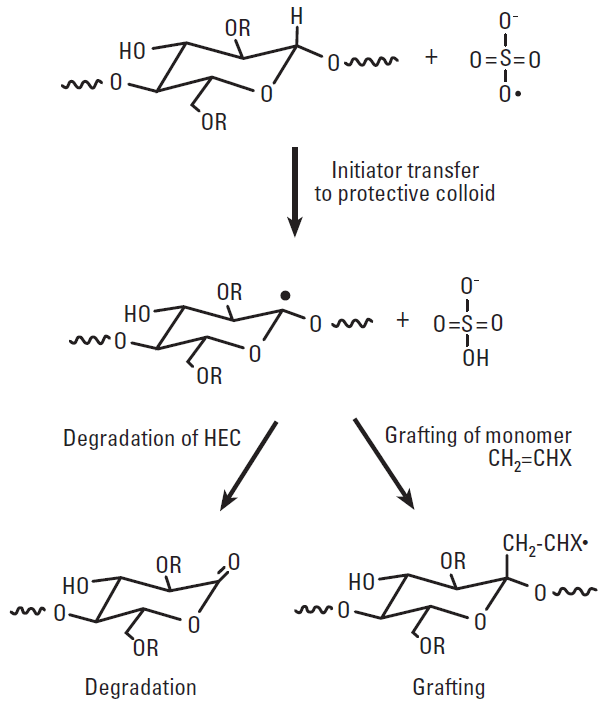 As mentioned above, the efficiency of grafting CELLOSIZE™ to a polymer during emulsion polymerization varies based on the reactivity of the monomer toward radical intermediates. Knowing how the monomers in a system will effect HEC allows for the selection of a grade with the optimal chemical structure. When an optimal grade is used it lowers the amount of stabilizer ingredients (both surfactants and protective colloids) providing a reduction in raw material cost and lower water adsorption of the latex.

Vinylic monomers like vinyl acetate and vinyl versatate have a relatively low reactivity toward radical intermediates.  This means that HEC radicals generated in systems containing only vinylic monomers will prefer the degradation route.  In vinylic systems it is preferable to use CELLOSIZE™ EP 09 as the protective colloid.  This grade has a different hydroxyethyl substitution pattern that reduces the tendency for cleavage and promotes the grafting reaction.

Acrylic monomers like methyl methacyrlate, butyl acrylate, and 2-ethylhexyl acrylate are extremely reactive toward radical intermediates.  These systems favor the grafting route for HEC radicals.  This high degree of grafting can result to latex particle bridging if the reaction conditions are not properly controlled.  This ultimately lends to latex agglomeration.  In these systems it is recommended to use a lower molecular weight grade like CELLOSIZE™ EP 09, QP 300, or QP 4400.  It is also recommended to use much less CELLOSIZE™ than vinylic systems (0.2% maximum) and to add the HEC to the system near the end or after the addition of the monomers.