Lupasol® is a family of branched polethyelenimine polymers with a very high cationic charge density.  Due to this charge density, Lupasol® polymers will adsorb strongly on negatively charged surfaces and are often used as adhesion promoting additives in adhesive, printing ink, and coating formulations. 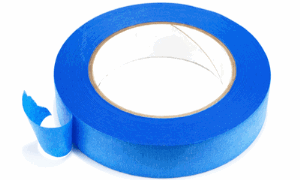 Lupasol® polymers are commonly used in combination with polyvinyl alcohol, polyvinylbutyral, polyvinyl acetate, and styrene based adhesives to improve adhesion to metal, plastic, and cellulose based substrates.  In addition, low molecular weight grades of Lupasol® can be used to cross link polymers in an adhesive to dramatically improve cohesion.  Typical Lupasol® addition rates in adhesive formulation range from 0.1% - 1%.

As mentioned above, the addition of a small amount of low molecular weight Lupasol® can significantly improve the cohesive strength of an adhesive by acting as a cross linker between polymers in the formulation.  To demonstrate this improved cohesion, the cohesive strength of an acrylic pressure sensitive adhesive was tested with varying levels of Lupasol® G 20 added. 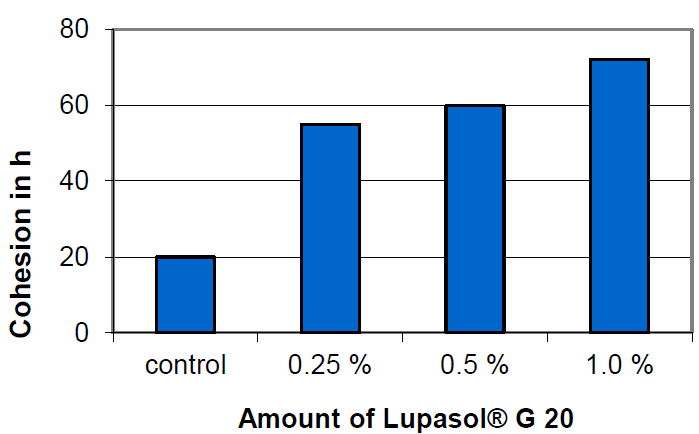 In emulsion paint formulations, the addition of a small amount (typically 0.1%) of a low molecular weight Lupasol® polymer can significantly improve adhesion to wet surfaces.  This becomes especially important in kitchen and bathroom painting applications.

The increase in wet adhesion is demonstrated by the testing data below.  In this test a commercially available vinyl acrylic latex paint was modified with varying levels of Lupasol® G 35.  The paint was then applied to a glossy alkyd substrate and wet adhesion was tested in accordance to ASTM D 3356. 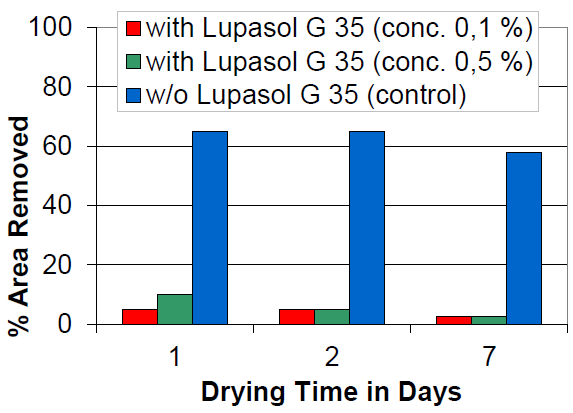 Lupasol® is commonly used as an adhesion promoting additive in printing inks for laminated films.  It is particularly effective for sandwich-printed laminated films where ink adhesion is needed to two different types of film.  It is important to note that Lupasol® is strongly basic and should only be used with binders and pigments that are stable in alkaline environments.

The Lupasol® family of products consist of branched polyethyleneimine polymers that carry a cationic charge.  These polymers mainly differ in molecular weight and charge density.  Due to the cationic charge density, Lupasol® polyethylenimines can bond strongly to negatively charged substrates and polymers.  The ability to strongly adsorb onto a surface and interact with functional groups within polymers makes Lupasol® a highly effective adhesion promoter additive that is recommended for use in pressure sensitive adhesive, latex paint, and printing ink formulations to improve adhesive and cohesive strength.